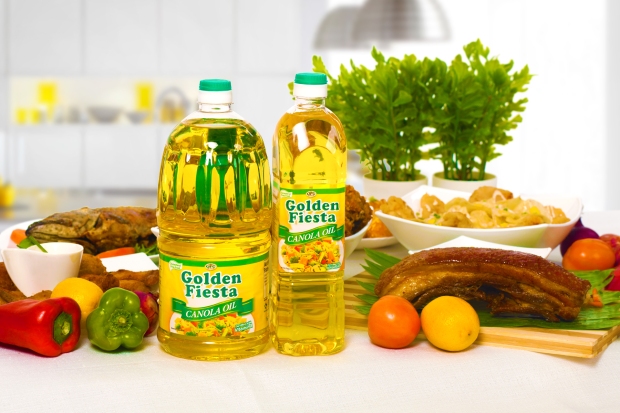 One of the healthiest oils in the market that nutrition experts recommended is canola oil, which contains heart-healthy nutrients called phytosterols, and which is now being offered by leading oil brand Golden Fiesta by NutriAsia.

Golden Fiesta Canola Oil is a rich source of the cholesterol-reducing phytosterols, an all-natural plant extract that can reduce your body’s cholesterol level by up to 15 percent. Scientific studies and trials show that consumption of two grams of phytosterols per day has the potential of diminishing the risk of coronary heart disease, which is one of the leading causes of death worldwide.

Choose the cooking oil that’s best for you with Golden Fiesta Canola Oil, which is rich in the heart-healthy phytosterol that reduces cholesterol level by up to 15 percent.

According to the 7th DOST-ENRI Nutrition Survey, Filipinos become vulnerable to heart disease as early as age 20 due to unhealthy diets and an increasingly stressful work environment. 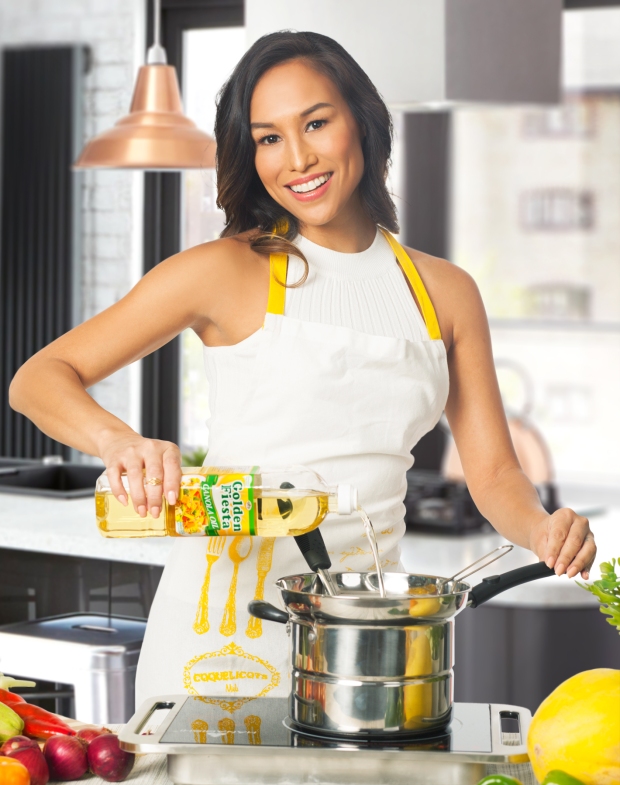 The claim that phytosterol-containing food may reduce the risk of heart disease, as sanctioned by the United States Food and Drug Administration (USDA), bolsters the benefits of consuming Golden Fiesta Canola Oil, the substantial phytosterol contents of which help ease the intestinal absorption of dietary cholesterol and facilitate the excretion of biliary cholesterol in the feces.

Enjoy your favorite fried dishes while safeguarding your cardiovascular health with Golden Fiesta Canola Oil, which is rich in the cholesterol-reducing phytosterol nutrient.

Made from the seeds of canola flowers, Golden Fiesta Canola Oil is also rich in Omega 3 and Omega 6, which are also beneficial in lowering the risk of cardiovascular diseases, diabetes, and some types of cancer when combined with a healthy diet and exercise.

Daily consumption of two grams of phytosterol, which is found in Golden Fiesta Canola Oil, may potentially reduce the risk of coronary heart disease, studies show.

Compared to other vegetable oils, canola oil has a low level of uric acid, glucosinolates, and saturated fatty acids and bad fats, making it one of the healthiest and more widely used oils in the market.

So the next time you go the supermarket, choose the cooking oil that is best for your heart—NutriAsia Golden Fiesta Canola Oil!

Iconic Greenhills institution!!! 😍😍😍 @sgshouseofminis 😀. Great things shouldn't really be changed... 😊😊😊 Porterhouse steak loaded with gravy!!! 😋😋😋
中秋节快乐!!! 🎑 Hope everyone is enjoying their mooncakes today... 😋😋😋 Thank you so much to everyone who supported our humble mooncakes!!! 😍😍😍😍😍 From the bottom of my indebted heart... 🀄 I am deeply honored and grateful. 😘 Please support other mooncake vendors as well... 😉 I personally like @thepeninsulamanila original Custard Lava Mooncakes. 🥮
Early Christmas 🎄 shopping 🛒 at @themetrostores.ph 🎉🎉🎉. The Metro Sidewalk Sale is happening from September 16 to 19, 2021. 🤓 You may opt to shop in store, in all Metro Stores nationwide... 😀 Or on their website www.shop.themetrostores.ph 😊. Get upto 70% off!!! 😱 Just like this 50-piece cookware set for only 1499php from 4999php... 😘😘😘 That is great savings!!! 😍
Pandan Chicken 🐣 Recipe for @cookmunitybyajinomotoph 😍😍😍 is now out!!! 😊😊😊
@caravanblackcoffee 😘 Orange Sticky Bun 🍊 is THE BEST STICKY BUNS... EVER!!! 😍😍😍😍😍 I had this a day old already, popped it in the microwave for three minutes... 😊 May I say, the aroma, the texture, the sweetness, the gooeyness is just PERFECT!!! 😀 This is DEFINITELY a must try... 😋😋😋
Pistachio Cookie 🍪 from @calacafeph 😊. Was actually very surprised to see a new coffeeshop near our house. 😂 Haven't tried this yet... 😁 Though the Spanish Latte was pretty good. 😋 Anyway, this will accompany me while I finish with orders for tomorrow... 😀
Care for some awesome @ovenflourque brownies??? 😍😍😍😍😍 Double Chocolate Fudge Brownies to calm my busy day... 😊😊😊 These little morsels just makes me smile, and relax. 😘 Anyway, time to go back to work... 🤣
@thepadbysamyan 😍😍😍 is now open at The Alley at Karrivin!!! 🎉🎉🎉 Authentic Pad Thai from Michelin-star chef, @cheftonn 😀. I tried their Pad Thai Gai 🍝 or Chicken Pad Thai 🐣 for dinner... 😋😋😋
Creamy Leche Flan 🍮 from @nanaypazlecheflan 😘😘😘 for dessert tonight... 😍😍😍 I like the taste of their burnt caramel, 😋 very nostalgic. 😊 The flan itself is eggyolk-rich, 🍳 but light enough to be enjoyed both on its own 😀 or over halo-halo. 🍨