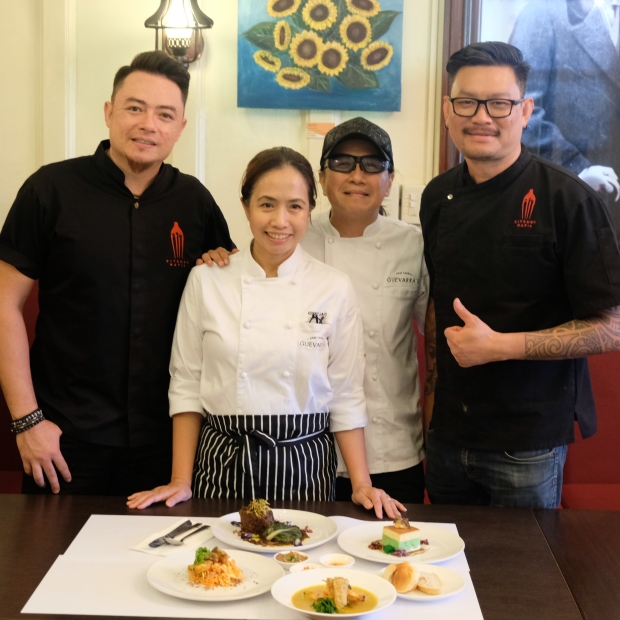 Roland and Jacqueline Laudico met Malaysian celebrity Sherson Lian in 2014, on the set of the Asian Food Channel’s Amazing Food Challenge: Fun in the Philippines. Chef Sherson was the host while Chef Roland was the program’s resident judge and Chef Jac was a guest judge. 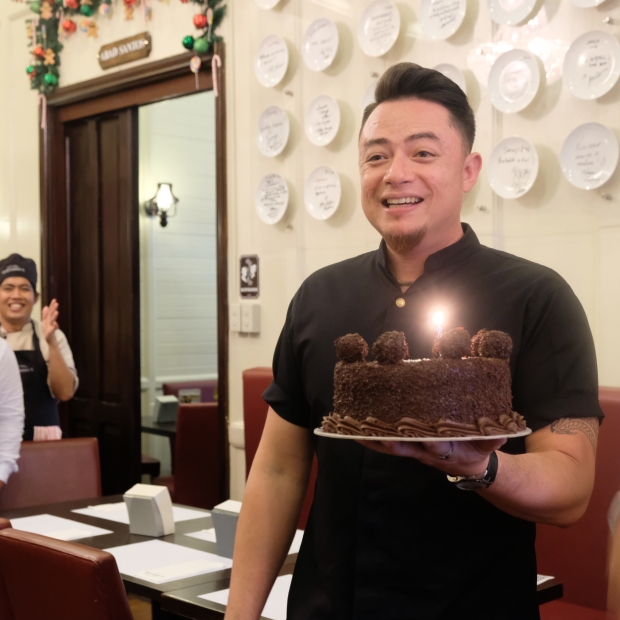 Recently, Chef Sherson found himself again in the Philippines and thought it was time to return the favor and share a little bit about Malaysian cuisine with Chef Roland and Chef Jac. 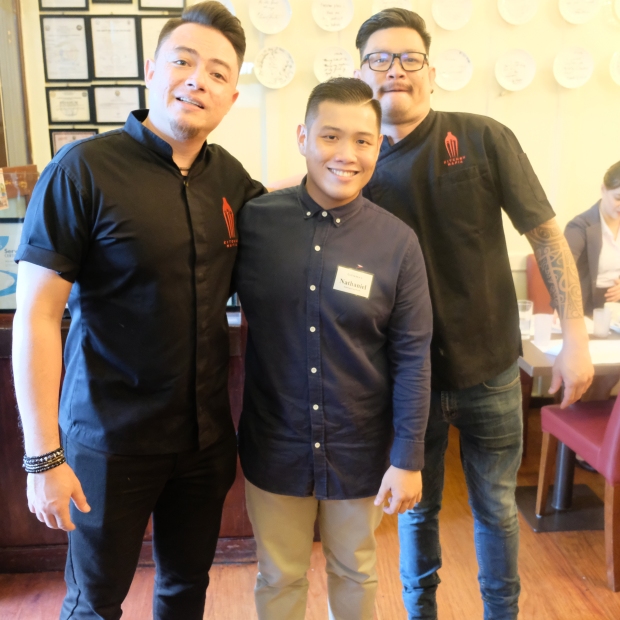 After some brainstorming and experimentation, the Chef Laudicos x Kitchen Mafia menu was introduced to a special few. 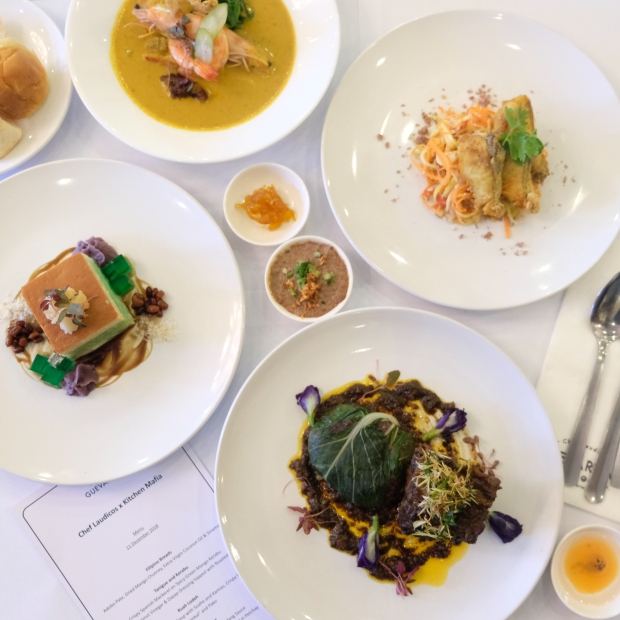 “I think it is always fun to experience other chefs’ ideas or being in someone else’s kitchen. There was no issue using Filipino ingredients, it’s just a matter of how you find a balance of flavors,” Chef Johnny enthused. 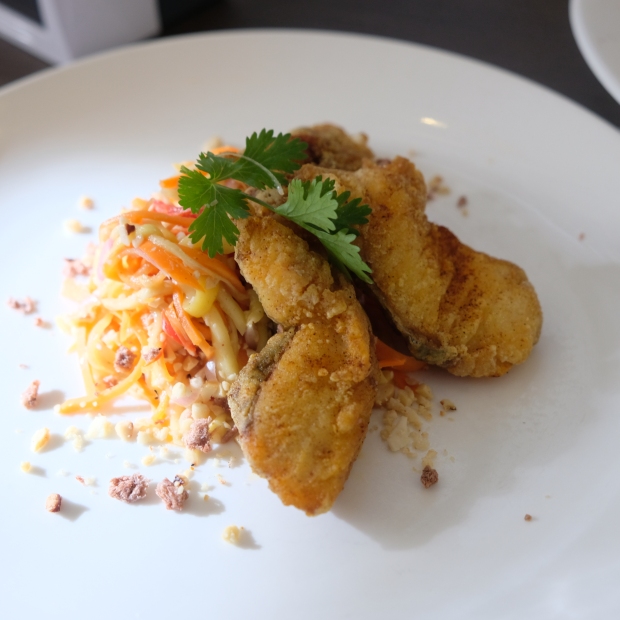 “Kerabu is like a salad. In the Kerabu in Malaysia, we use calamansi. But since we’re trying to use ingredients that we normally don’t have in Malaysia, we used the Filipino coconut vinegar as souring agent for this,” Chef Sherson revealed. 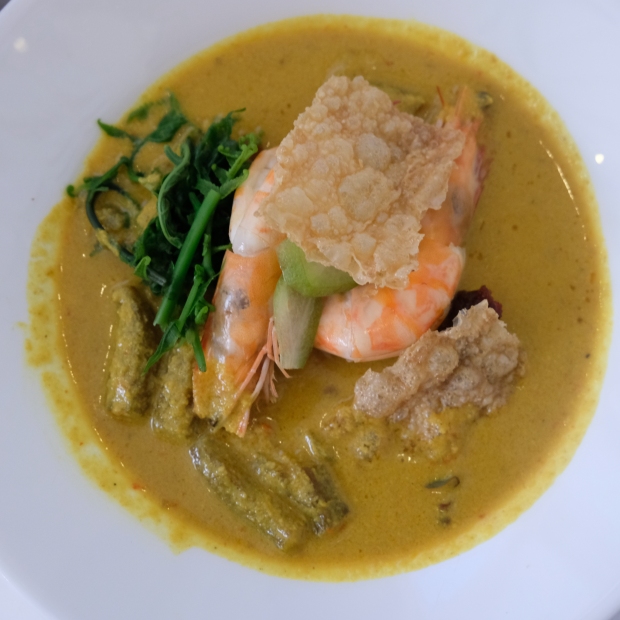 The soup was Kuah Lodeh (Light Coconut and Turmeric Soup with Suahe and Kamias, Crispy Bean Curd Skin, “Sambal” and Pako). The consistency is between a thick pureed soup and a light consommé. “It’s two experiences having the soup. You can have the soup on its own first so you can taste the richness from the coconut. Once you’re halfway through, you can mix in the sambal to give the soup a sort of different kick, something’s that a bit more spicy, with a bit more depth,” Chef Sherson suggested.

“Aside from the turmeric, we are also adding kamias to balance out the richness of the coconut. For the sambal, we air-dried bagoong alamang and that’s what we used,” injected Chef Roland. 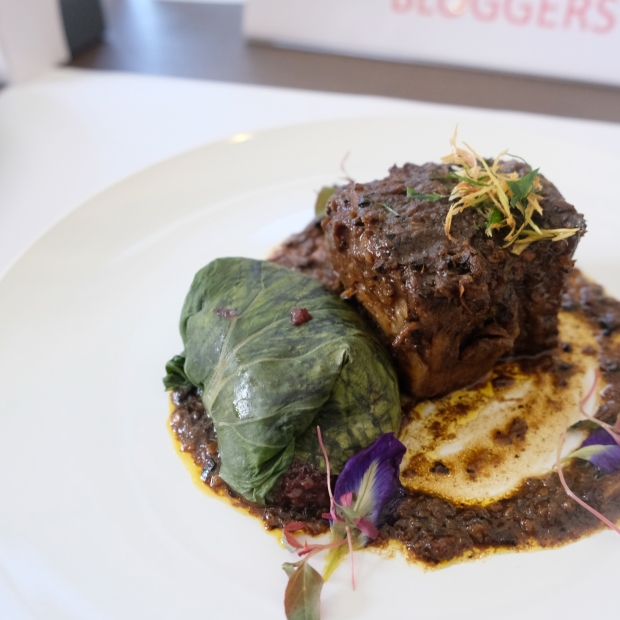 For the main event, the Beef Rendang was the star. It was a purely traditional Malaysian meat dish with a full Filipino accompaniment – slow roasted Angus beef in rendang sauce, on black rice perfumed with gata wrapped in Petchay.

“There’s a lot of different variations of the rendang. This one has a very rich earthiness and is nutty at the same time,” described Chef Roland. 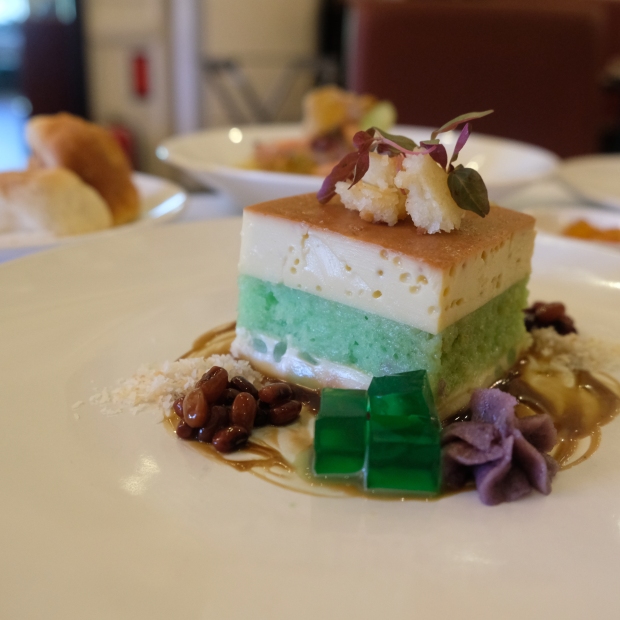 Closing the meal was the Cendol Leche Flan Cake (Layers of Pandan Sponge and Rice Flour Jelly with Creme Caramel). “This is my interpretation of the popular Malaysian iced sweet dessert which is similar to halo-halo. I made cendol from scratch and incorporated it in a coconut panna cotta, then layered it with leche flan and pandan cake,” disclosed Chef Jac.

The four dishes will be added next year to Chef Laudico Guevarra’s buffet menu of modern Filipino cuisine. “We like to keep things interesting for our diners. We have a lot of regular guests who return frequently so we always want to have something new to offer them,” she concluded. 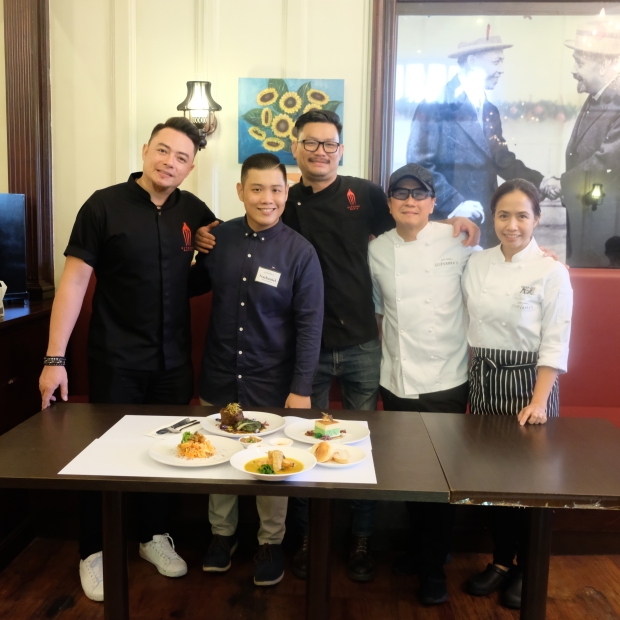 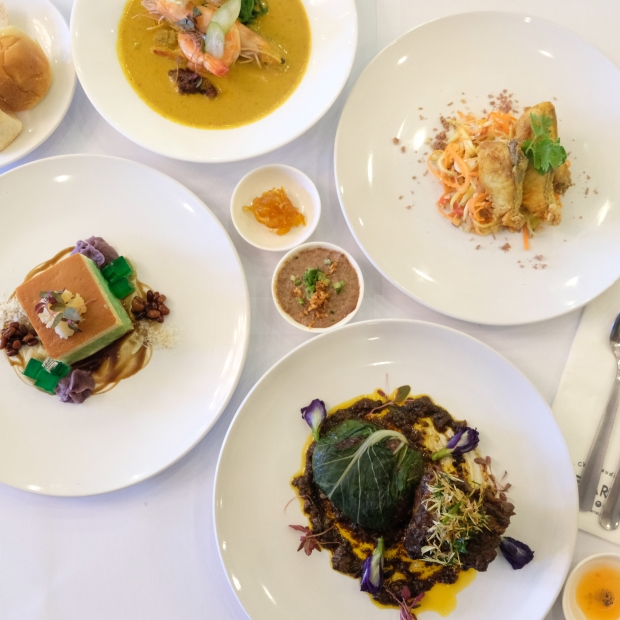