When Forbes Travel Guide – the gold standard in the international hospitality industry since 1958 – put out its full list of winners for 2019 the opening paragraph read, “The Peninsula Manila earned its first Forbes Travel Guide Five-Star award. Most years, that would be a headline-making achievement on its own. But in 2019, the news is merely a fabulous footnote to an even bigger story: with the Philippine property receiving hospitality’s highest distinction, that means all 10 Peninsula hotels around the globe hold Five Stars. In Forbes Travel Guide’s 61-year history, this marks the first time a brand swept the Five-Star category across all of its hotels.”

In response to receiving this accolade, The Peninsula Manila General Manager Mark Choon said, “It’s a milestone event in our 43-year history for The Peninsula Manila to be named a Forbes Travel Guide Five-Star hotel, the only one in the principal central business districts of Makati and Fort Bonifacio Global City to receive this coveted ranking. We are delighted and immensely proud to join our sister hotels in Hong Kong, Shanghai, New York, Tokyo, Chicago, Beverly Hills, Paris, Beijing, and Bangkok in this Five-Star rating, in turn making The Peninsula Hotels the first and only hotel group to achieve the highest possible Forbes Travel Guide rating across all our hotels. We are a Perfect Ten!” 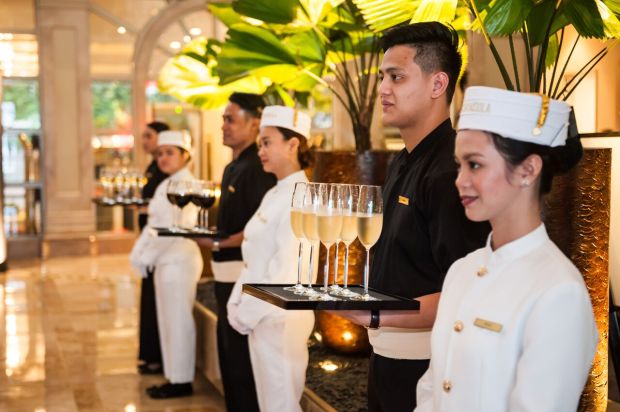 This fabulous piece of news was the perfect excuse for The Peninsula Manila to throw a fabulous party not only for all its partners in the business community, press, and society who had stood by it for 43 years BUT also to announce the fabulous news of its long-awaited soft room renovation.

The second quarter of 2019 will see all the hotel’s guestrooms and suites refurbished with lighter colors, materials, and fabrics as well as updates on technology touch points.  It will be completed by October of this year. In addition, The Gallery will be converted into the fantastic 100-seat The Gallery Club Lounge, making The Peninsula Manila the city’s only all-club hotel!

In honor of International Women’s Day which was the same day the party was held, The Peninsula Manila gathered five of Manila’s most exciting new female talents to put on a show of unprecedented female power! There was DJ Badkiss spinning, Princess Ybañez on violin, saxophonist Nicole Tejedor, Heloise la Harpe playing on an electric harp, and Nicole Laurel Asencio thrilling guests with her voice. 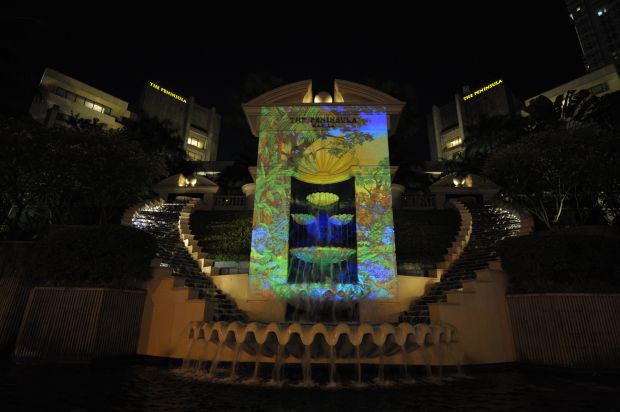 One last facial 😀 with @skinplicity 😘 by @drceciliarbernad 😊 before quarantine starts. 🙏 I've been getting good positive feedbacks about my skin, 😍 since I started my Deep Pore Facial, and Iontophoresis Treatments. 🤓 Personally, I am very happy with the results so far... 😃 My acne has dramatically lessen, same with my breakouts. 😎 I only do these once a month, but the Iontophoresis... You can do it every other week. 😉 Oh yeah... That's @piawurtzbach (standee) behind me... 😅
After a long day... 😊 @mizusawaph 😍😍😍 is definitely a great way to finish and relax... 😘 A relatively new brand that offers different spin on Milk Tea 🍵 around the world. 🌍 Their signature Blue Aegean Sea is inspired by the Agean Sea. 🌊 May I say also mu fave!!! 😋😋😋 Dad liked their Mizusawa Fruit Tea, which has that right amount of tart and sweetness. 😋😋😋 Can't wait for them to open their New Manila branch soon!!! 🤓
Pre-quarantine grocery with @smmarkets 🛒. Check out my shopping haul soon... 😊 Shop online through smmarket.ph 🤓.
Last day with @thesixpackchef 😀. Probably one of the best diet meal plan I've tried so far!!! 😍😍😍 Except for the times they serve fish... 🐟 Cause I don't really like fish. 😁 They might be on the pricier range, ☺️ but they offer shrimps, salmon, lamb... 😋😋😋 Protein is also in bigger portion over the carbohydrates. 😉 With only three meals per day without snacks, 😀 my lean muscle mass was up by 1%... 💪 Each portion is just right, not starving, not too full as well. 🤓
Medium-rare 😉 Roasted Veal Rack 🐮 from @afcphils 😍😍😍 for dinner... 😋😋😋😋😋 Leftovers will be made into Veal Blanquette. 😀
Sisig Pizza 🐷 from @pizzaexpressph 😍😍😍 for dinner!!! 😋😋😋 I love the creativity of this... 😀 Chicken Inasal, 🐣 and Omni Pork & Mushroom 🍄 Sisig Pizza. 🍕 Nothing beats Pork Sisig 😘 on that wonderful chewy crust. ☺️
Start a healthy morning ☀️ with @frnkmilkbar 😍😍😍!!! LOVE ❤️ their new Warm Drink Series... 😋😋😋 Perfect for the rainy season. ☔ I really love that it is Coconut Milk based. 🥥 Mom liked their Overnight Oats, 😘😘😘 which is both filling and high in fiber. 🤓
Chicken BBQ 🐣 and Java Rice 🍛 from @rollies.ph 😀 for dinner tonight... ☺️☺️☺️ Such a classic pair!!! 😍
Sunday Korean feast 🇰🇷 with @sariwonph 😍😍😍. We got Sariwon’s Signature Grill Set for 4 people, ☺️ which includes Deung Shim Ribeye Yangnyeom 🐮 or Wagyu Salchisal, 🐮 Haemul Pajeon, 🍳 my favorite Dolsot Bibimbap, 😋😋😋 and a selection of their Banchan. 😘 Rainy days ☔ really makes you crave for something hearty and good... 😉 You can order online through www.shop.sariwon.ph or viber number 0966 862 6670. 🤓