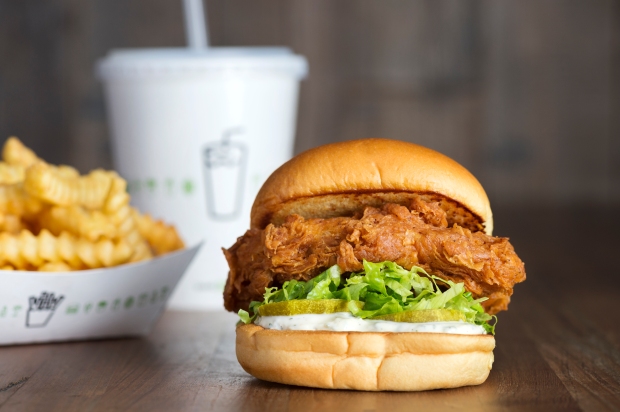 The Chick’n Shack, Shake Shack’s celebrated chicken sandwich, lands in the two Manila Shacks, Central Square and Mega Fashion Hall, starting Friday, July 10. In a country where chicken is an ubiquitous all-day dining staple, the launch of the Chick’n Shack marries Shake Shack’s heritage as a modern and “roadside” burger stand and the Filipinos’ perpetual love for this meat.

“The introduction of chicken marks a new era for Shake Shack, staying true to our core menu while continuing to innovate new items our guests have asked for,” said Shake Shack CEO Randy Garutti. “The Chick’n Shack also furthers Shake Shack’s commitment to serve fresh, simple, high-quality food at a great value through our mission to Stand For Something Good®.” 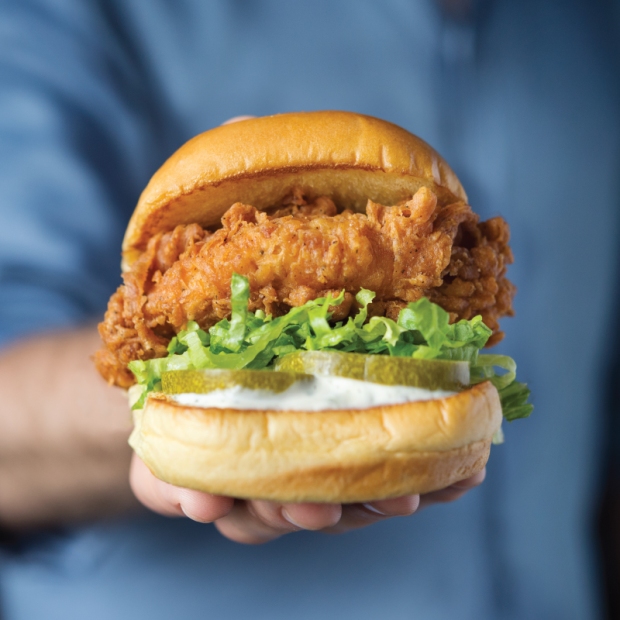 The Chick’n Shack is 100% all-natural and antibiotic-free chicken breast, slow-cooked in a creamy buttermilk marinade, hand-dipped into Shack-made batter, dredged through seasoned flour and crisp-fried. The Chick’n Shack is topped with pickles, crisp shredded lettuce and a tangy Shack-made buttermilk herb mayo made with chives, parsley and thyme. The Chick’n Shack is served on (what else?) a pillowy potato roll, the same bun that has cradled the classic ShackBurger since Shake Shack’s inception. Want some heat with your crispy chicken? Louisiana hot sauce will also be available at the Shack for heat seekers to up the spice factor on their Chick’n Shack. 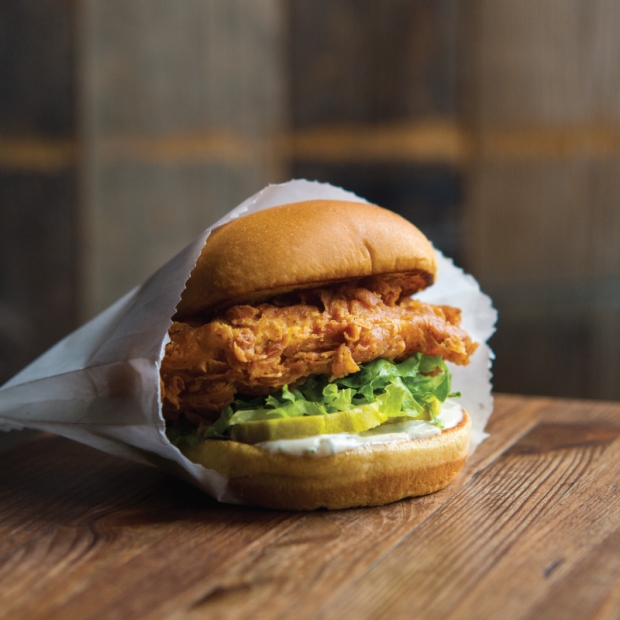 “The Chick’n Shack embodies our modern approach to fine casual American cooking,” said Shake Shack Culinary Director Mark Rosati. “It’s about providing a simple, pleasurable, uncomplicated experience, but with high-quality, responsibly sourced ingredients. It wasn’t until we found the chicken sandwich to be as flavorful as our ShackBurger® that we knew we’d crafted something special that had earned its place on the menu. Since we introduced the Chick’n Shack in Brooklyn, guests have been asking us to bring it to all Shacks, and we couldn’t be more excited to finally do so in the Philippines.”

Mark your calendar and make a run for the Shack nearest you as the Chick’n Shack will be first offered for dine-in and takeaway. Fly on over to @shakeshack_ph on Twitter (live on July 6!) and be one of the first to taste Chick ‘n Shack in Manila when you join the Twitter Pun Party. Reply to Shake Shack PH’s tweet with a witty chicken pun from July 6, 9:00 a.m. to July 7, 12:00 noon and get the chance to be the lucky winner of a Chick’n dinner for two plus have your winning pun used for a special feature on their social channels.